Today we went to a costume party for a bunch of the little kids! Dee Anne did an AMAZING job with the decor, lunch and games! Keaton had a ball and after Tiana got over the shock of seeing people dressed up she did good too! I didn't think that I would be able to get Keaton to wear his costume but the opposite happened. I couldn't get him to take it off. He had to wear it in the car even.
Cousin Cora (Pebbles) dancing to the music! 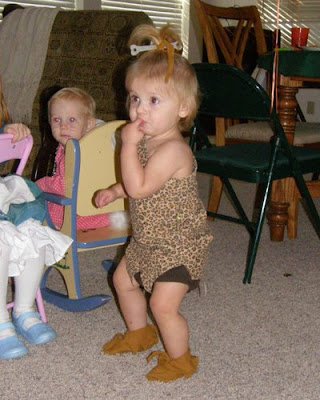 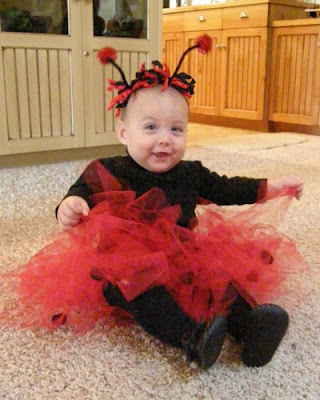 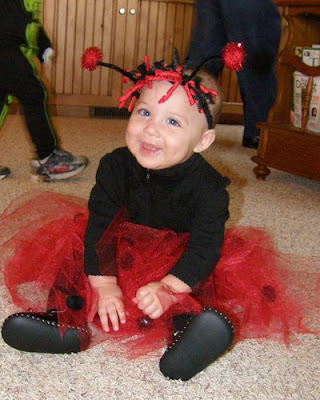 The kids had mummies (hotdogs in croissants), fingers (carrot sticks with an olive), bones (string cheese) and some other yummy things. 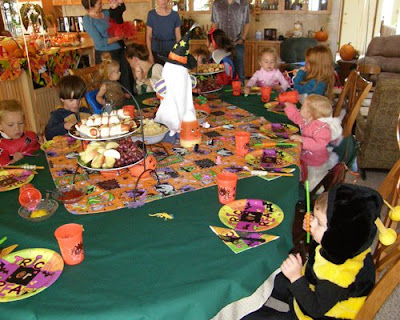 We then had story time. 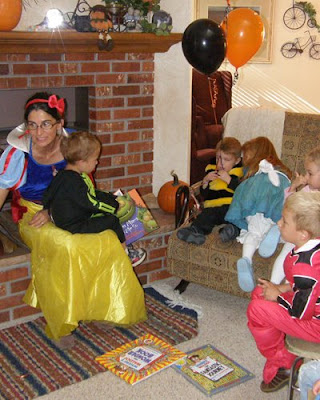 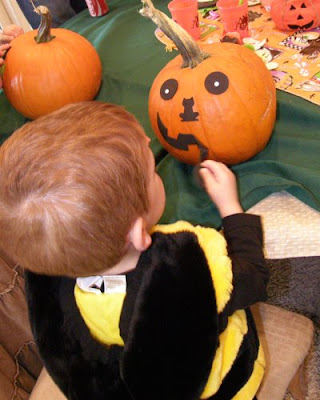 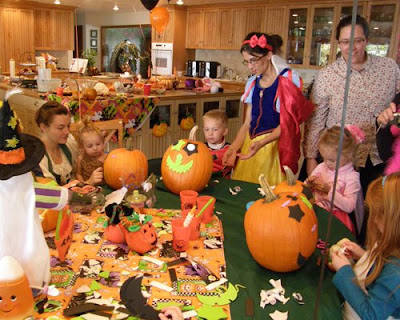 Nana came to help with Sissy. 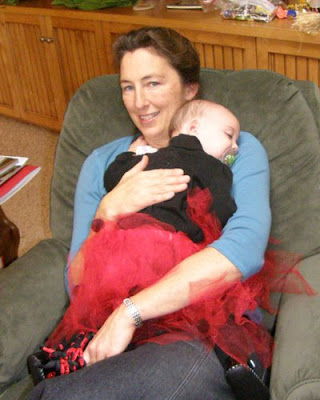 They even went trick-or-treating inside! Keaton caught on really fast and was knocking on doors saying "tick o teet" "tank ooo"!
The whole gang! What a cute bunch of kids. 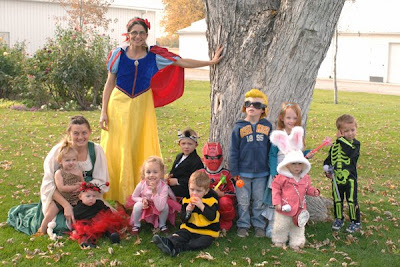 I had to put this group photo in too because this one was the only one that Keaton was smiling in! The pumpkin flashlight was more interesting. 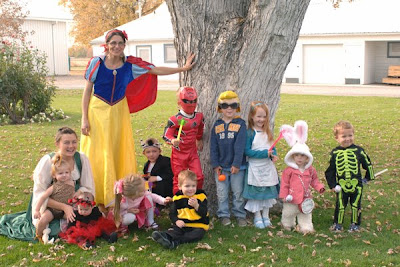 All the girls... well minus Cora who was going home for nap time. 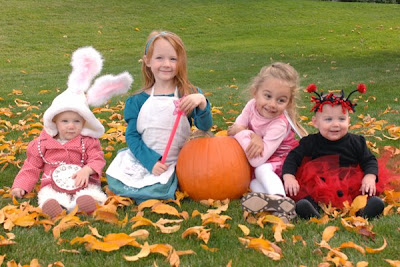 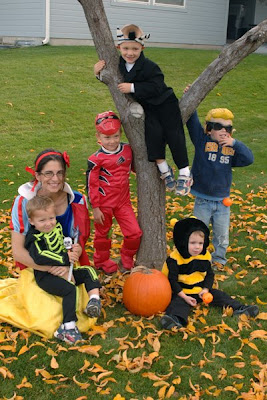 The cutest bugs around. 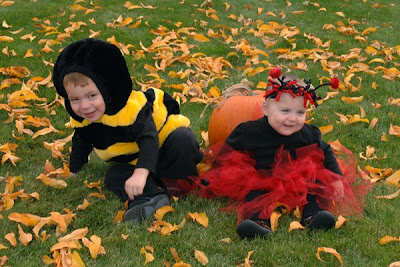 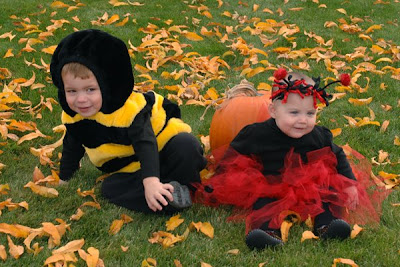 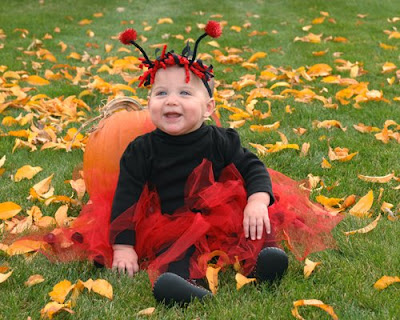 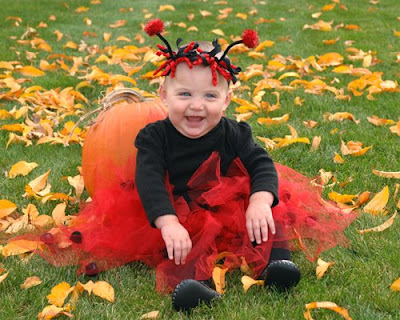 What we see more often than not... our little bug running from photos. 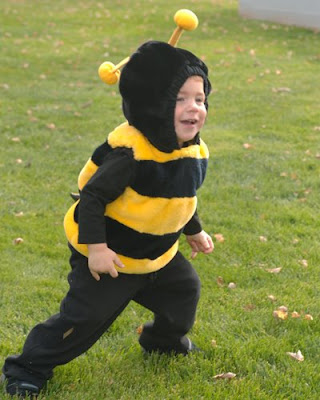 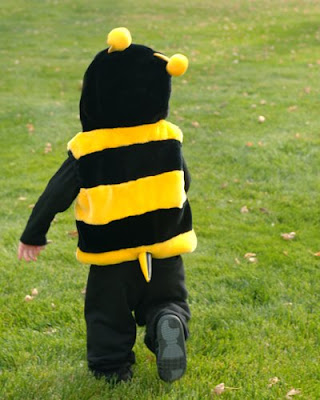 SO cute, I had to chuckle out loud at Keaton's little bee stinger as he was running away!!